A study published in Nature Communications this week investigated whether adversarial images could fool an artificial intelligence model developed to diagnose breast cancer.

University of Pittsburgh researchers were able to simulate an attack that falsified mammogram images, leading the model – and human experts – to draw incorrect conclusions.

“What we want to show with this study is that this type of attack is possible, and it could lead AI models to make the wrong diagnosis – which is a big patient safety issue,” senior author Shandong Wu, associate professor of radiology, biomedical informatics and bioengineering at Pitt, said in a statement.

“By understanding how AI models behave under adversarial attacks in medical contexts, we can start thinking about ways to make these models safer and more robust,” said Wu.

To that end, they write, “It is imperative to build trustworthy, reliable and safe AI systems for clinical deployment.”

One way to measure such safety is to evaluate an AI model’s behaviors in the face of cyberattacks – namely, “adversarial images,” which are designed to fool models by using tweaked images or other inputs.

For their study, the Pitt team used mammogram images to train an algorithm to distinguish breast cancer-positive cases from negative ones.

Next, the researchers developed generators to create intentionally misleading data by “inserting” cancerous regions into negative images or “removing” regions from positive images.

The trick worked: The model was fooled by 69.1% of the fake images.

The researchers then recruited five human radiologists to spot whether images were real or fake. Results varied: Depending on the person, the experts ranged from 29% to 71% accuracy on spotting the images’ authenticity.

“Certain fake images that fool AI may be easily spotted by radiologists. However, many of the adversarial images in this study not only fooled the model, but they also fooled experienced human readers,” said Wu.

“Such attacks could potentially be very harmful to patients if they lead to an incorrect cancer diagnosis.”

The researchers noted that high-resolution images had a greater chance of fooling the model and were harder for human readers to spot as fake.

They noted that motivations for adversarial attacks include monetary gain, insurance fraud and the appearance of favorable clinical trial outcomes.

The team emphasized the importance of shoring up AI safety measures in this regard.

“One direction that we are exploring is ‘adversarial training’ for the AI model,” said Wu. “This involves pre-generating adversarial images and teaching the model that these images are manipulated.”

As the Pitt research team explained, the use of AI and machine learning to analyze medical imaging data has risen significantly in recent years.

But the field also carries unique challenges. In addition to the safety concerns raised in the Nature Communications article, experts have cited difficulties with gathering data at scale, obtaining diverse information and accurate labeling.

“You need to understand how your AI tools are behaving in the real world,” Elad Benjamin, general manager of Radiology and AI Informatics at Philips, said during an Amazon Web Services presentation earlier this year.

“Are there certain subpopulations where they are less effective? Are they slowly reducing in their quality because of a new scanner or a different patient population that has suddenly come into the fold?”

“We hope that this research gets people thinking about medical AI model safety and what we can do to defend against potential attacks, ensuring AI systems function safely to improve patient care,” Pitt’s Wu said in a statement.

Related Topics:
Up Next

WHY IT MATTERSPatientBond’s digital engagement workflows can be personalized with psychographic insights, with the aim of activating patient behaviors and driving improved patient engagement and outcomes.

The aim of the programs is to reduce hospital readmissions and improve digital health risk assessments.

Other programs included in the deal will provide psychographically segmented marketing campaigns to advance patient/member activation, as well as patient and physician matching or find a doctor services based on psychographic insights.

THE LARGER TRENDPatient-reported outcomes are a critical way to assess the ongoing state of patient health and satisfaction, and a growing number of digital tools are helping them do so.

The financial upside for care providers is also noteworthy: Jackson Hospital significantly improved its finances with digital patient engagement tools, switching from letters and phone calls to automated emails and text messages along with some help from analytics.

At Rush University Medical Center, the hospital has deployed similar digital tools to reduce the strain of avoidable readmissions and ED recidivism when resources already were at capacity.

Nathan Eddy is a healthcare and technology freelancer based in Berlin.Email the writer: nathaneddy@gmail.comTwitter: @dropdeaded209 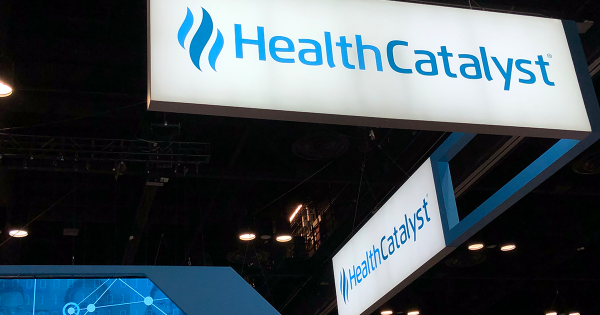 Brentwood, Tennessee-based LifePoint Health has entered a new collaboration with Health Catalyst and will use its analytics technologies to help bolster care quality, lower costs and improve population health management.

WHY IT MATTERSLifePoint Health will integrate Health Catalyst’s data operating system and analytics tools to gather performance metrics and drive improvements in healthcare quality, reporting and operational and financial decision-making.

By discovering and sharing clinical data, the partnership will help reduce variation in clinical outcomes. Health Catalyst’s tools dovetail with LifePoint’s national quality and facility recognition program goals to measurably improve patient care, safety and satisfaction as well as improve access and lower costs, according to the company.

In addition to the cloud-based data platform, LifePoint will use Health Catalyst’s analyzer, insights, AI, patient safety monitoring and data entry applications. The suite of tools can help increase organizational speed and interoperability, according to Health Catalyst.

While healthcare organizations are just beginning to scratch the surface of using data to drive improvements, according to Health Catalyst President Patrick Nelli, the company’s strategic acquisitions have provided them with the ability to customize software and services around core care systems.

One of them was its purchase earlier this year of KPI Ninja, whose event-driven data processing capabilities complement Health Catalyst’s own platform, enabling customers to build new services and operational tools around their core care systems.

LifePoint, meanwhile, has been making acquisitions of its own, such as its June 2021 addition of specialty hospital company Kindred Healthcare, with an eye toward a delivery network that taps into Kindred’s specialty hospital and rehabilitative expertise and its behavioral health platform.

ON THE RECORD“The Health Catalyst DOS platform, along with our technology product suites and applications, and improvement expertise, will best position LifePoint Health to achieve, sustain and scale the highest standards of care across its network,” said Health Catalyst CEO Dan Burton in a statement this week. 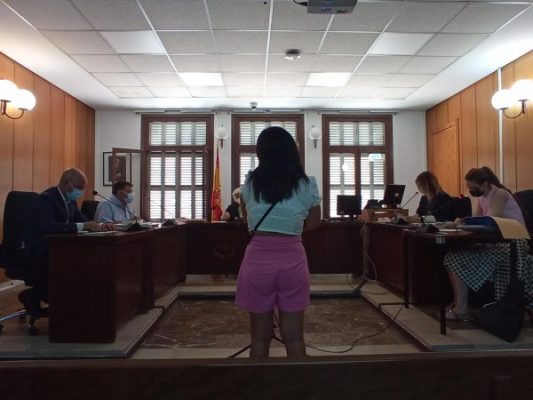 On Thursday, a Palma court sentenced a domestic worker to fifteen months for the theft of jewellery from her employer, a woman in her eighties.

Between 2015 and the end of 2020, the 45-year-old Chilean worked two days a week at the woman’s home in Sa Indioteria, Palma. Over that period, she stole various items of jewellery. The woman only realised this at the end of 2020, which was when she reported the matter to the National Police.

The police established that these items, which included watches, rings and bracelets, were sold in gold-buying establishments in Palma. The woman later verified that these were hers. As well as the jewellery, a hearing aid was stolen.

In January 2021, the domestic worker was arrested. Described as being in an “irregular situation” in Spain, her lawyer obtained agreement for the sentence to be suspended so long as a sum of 10,700 euros is paid over three years, at a rate of 297 euros per month, and she does not commit another crime during this period.